The P1090 crystal structure for the MPro complex with MAT-POS-4223bc15-23 is very interesting and I’ll mention @mc-robinson @edgriffen @Ben_DNDi @JSPEN @RGlen @frankvondelft @Daren_Fearon in case my comments are of interest. The pendant amide of MAT-POS-4223bc15-23 does not appear to make contact with the protein although there is some contact between it and the P1 isoquinoline. This suggests that the potency advantages conferred by the pendant amide result from stabilization of the bound conformation. Here’s a graphic showing the molecular surfaces of the protein (colored by curvature) and MAT-POS-4223bc15-23 (note lack of void between pendant amide and isoquinoline). 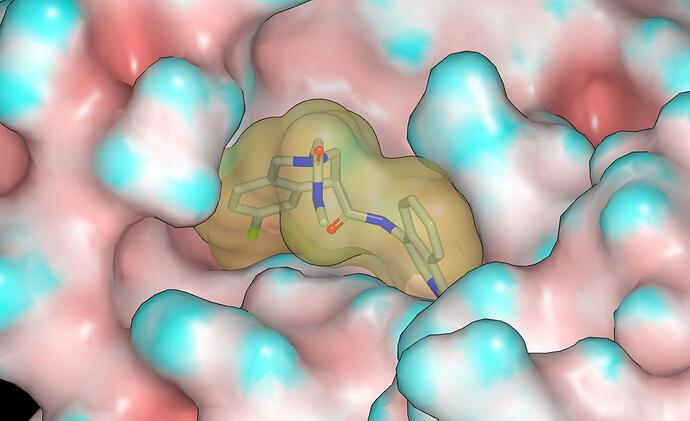 The NH of the pendant amide eclipses the lone pair of the tetrahydroisoquinoline nitrogen and this is what one would expect from looking at CSD although I’d not regard it as a genuine hydrogen bond. The NH of the pendant amide also appears to interact with the carbonyl oxygen of the other amide and, while I’d not regard this interaction as a genuine hydrogen bond, it could also be helping to stabilize the bound conformation. Given the contact between the pendant amide and P1 isoquinoline, one should anticipate a degree of non-additivity in the isoquinoline substituent SAR (especially for larger substituents) relative to the 3-chlorophenylacetamide structural prototype.

Some (including me) would consider an acyclic amide group, especially if primary or secondary, to be a potential liability in lead optimization. Given that the pendant amide of MAT-POS-4223bc15-23 doesn’t really function as an amide (i.e., form hydrogen bonds with protein), the design team may wish to consider amide replacements when optimizing EDJ-MED-015fb6b4-2. I suggest using a 5-membered heteroaromatic ring (see PET-UNK-37251634 and PET-UNK-f360ae44 submissions) and my specific preference is 1,3,4-oxadiazole (this article discusses why it’s preferred to the 1,2,4-oxadiazole isomer). I would not recommend using heterocycles with hydrogen bond donors (pyrazole, imidazole, triazole) since the dihydroisoquinolone scaffold doesn’t ‘need’ the hydrogen bond donor in the substituent in the same way that the tetrahydroisoquinoline does.

Great points. Nice review in this respect but then PSA, MW shoot up: 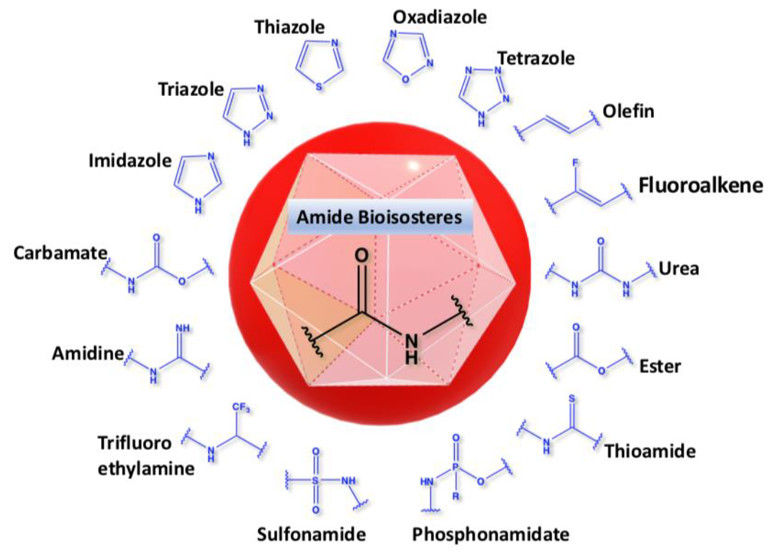 The amide functional group plays a key role in the composition of biomolecules, including many clinically approved drugs. Bioisosterism is widely employed in the rational modification of lead compounds, being used to increase potency, enhance...

or amide to alpha-difluoroketone or olefin could be a possibility

The pendant amide of MAT-POS-4223bc15-23 does not appear to make contact with the protein although there is some contact between it and the P1 isoquinoline. This suggests that the potency advantages conferred by the pendant amide result from stabilization of the bound conformation.

I wonder if it’s the case for sulfonamides as well; there are no obvious additional contacts and nitrogen is not basic like in dihydroisoquinolones

Hi @miko_a, apologies for slow response. Looks like there is some contact between the cyanocyclopropyl substituent of MAT-POS-dc2604c4-1 and the protein surface in the P1788 structure. However, protein surface in this contact region is relatively flat and I’m not sure how much it contributes to affinity. Here’s a graphic with the molecular surface of the protein colored by curvature. 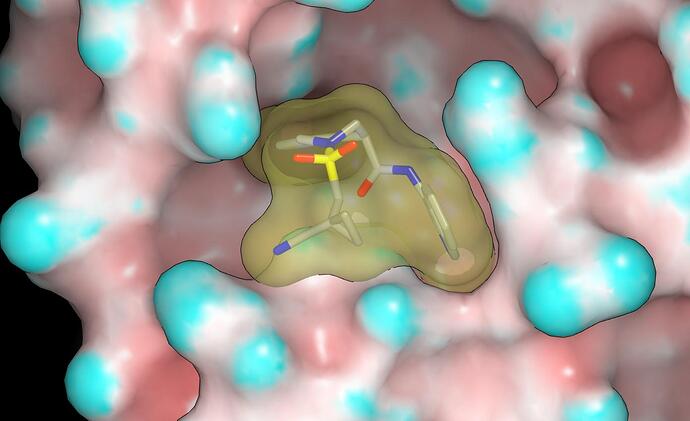